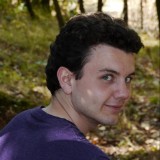 I’m a graduate of the University of York with a Bachelor’s degree in Computer Science and Maths. I worked at GlaxoSmithKline, a large pharmaceutical and consumer healthcare company, from July 2010 until September 2011. I finished my final year of university in July 2012, in which I learnt loads of Python, a ton of probability & statistics and took a course titled “Crypto, Attacks & Countermeasures”. And I had an incredibly fun final-year project to boot.

I’ve worked in Research and Development at News International, where a normal day revolved around creating prototypes of web applications in Ruby on Rails.

For a couple of years I worked as a software developer on the GDS Performance Platform at the Government Digital Service. After that I moved to the GOV.UK infrastructure team, where I learnt a lot about building maintainable systems and services that the public rely on 24 hours a day, 7 days a week. I was technical lead of that team for about a year.

I worked at Praekelt.org on tech projects that improve the lives of women and girls in Africa.