This post was published in February 2010, so the information in the post or about me in the sidebar may no longer be correct.

At the end of 2008, I posted a map of all the teenage homicides in London by collating BBC News articles. This year, it was significantly easier; my Freedom of Information request was returned by the Metropolitan Police’s Performance Information Bureau yesterday, and here’s the map:

View 2009 Teenage Killings in London in a larger map

The total number is down on last year, from 28 to 15. However, where there was only one girl last year, there are three here. The mean age is between 17 and 18 years old, with the average age for the girls being just under two years less. 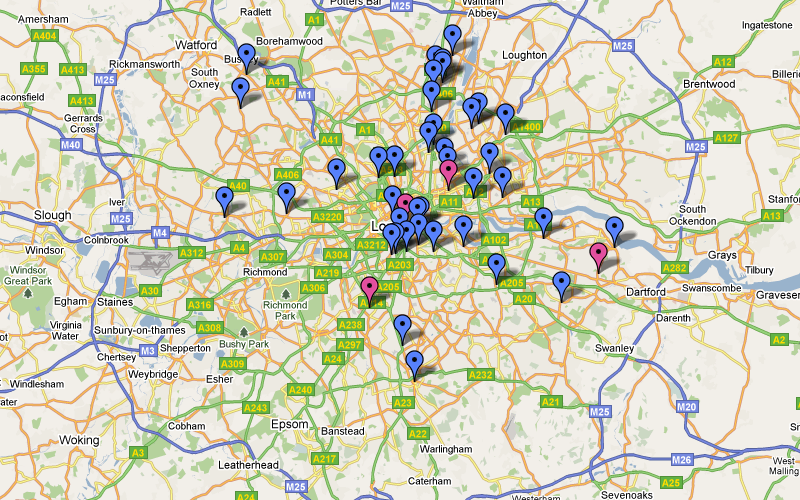 And both years in central London:

(This appeared on BBC News two hours ago. I suppose I’ll have work to do next year too, then.)